I am having one of my early morning thoughts once again, perhaps this is a good sign as it reminds me of the old days pre myeloma.

A few days ago I watched another television programme on Obssessional Compulsive Disorder (OCD). This time the programme came from an internationally renowned treatment centre dealing with severe, complex and resistant OCD, based in London. On there was a young computer programmer with severe symptoms related to contamination. After weeks of intense therapy his improvement was evident but I couldn’t help wishing that I could have had the opportunity to share the BrainBox with him and the other patients on the unit. It seems such a missed opportunity to have this resource and for it not to be more widely available as I know the difference it can make. (See Feb 2nd post)

So I have been awake thinking since 3.30am about what else I can do about it. The conclusion I have come up with so far is to make a YouTube video of me demonstrating the resource. This may be enough to help lots of people out there understand more about how their brains work and to help them with a range of often very disabling symptoms.

Let me just recap what the BrainBox does.

These three parts of the brain are linked together by neuro pathways represented by wires with crocodile clips on the end that can join the three parts together.

Once joined together information is flowing freely between the different parts of the BrainBox or brain.

Now bear in mind that the main job of the brain is too keep us alive. It is in charge of all other parts of the body. It is in the control seat.

We know from brain scans that information enters the brain through the emotional part (hard disc drive). This is extremely sensitive and designed to detect anything that the brain perceives as danger. If it does detect anything IT (rather than you) perceives is dangerous it can disconnect from the thinking part of the brain and immediately send messages to the basic operating system to get you out of that dangerous situation. At this moment in time we do not need our thinking brain to be in gear we just need to respond. The operating system will send chemical messages to the important parts of the body required for our survival. It will speed up our heart rate, increase our breathing and provide us with the adrenaline to run or fight. This is often referred to as the fight or flight response. Just imagine for a moment a lion came into the room or a tree was falling. This is not the time to be thinking about the sex of the lion or it’s country of origin. We don’t need to know about the type of tree falling, we just need to very quickly get out of the way or stand up and fight. Not that I recommend fighting with a lion or a tree for that matter.

Where things go wrong is when the brain is too sensitive, a bit like a car alarm going off when the wind blows. Severe anxiety or anger, times of heightened emotional arousal, will start this process off, disabling our thinking part of the brain and rendering us temporarily stupid. Luckily we can’t stay in this state for too long, as the brain knows this itself would be detrimental to our health.

I believe those suffering with OCD, among others, have exceptional brains that are just working too hard. At some point (which may be or may not be known ), the brain will have decided that a particular action, stimuli, external or internal thought is of severe danger. Often the sufferer, with the thinking part of the brain attached, will be able to understand how irrational this may be but the brain has been programmed so well into its own perception of danger that it will disconnect from that thinking making the person do whatever he or she needs to de to remain safe.

I believe once a greater understanding of this is achieved, and the BrainBox provides an excellent visual and kinaesthetic metaphor for this, then progress can be made very quickly.
Various strategies can be used to quickly reconnect the thinking part of the brain including breathing and visualisation techniques.

Can you think of any times when your thinking brain has disconnected? Perhaps you have become very angry and said things that later (when reconnected) you’ve regretted? Perhaps you have been anxious before an exam or job interview and your mind seems to have gone blank? All this is perfectly normal. Your brain has just detected something which it has perceived as being dangerous and done something about it. This might have included making you feel physically sick or unwell to get you out of the situation.

Sometimes the brain has just been wrongly programmed. It has learnt that something is very dangerous or required for its survival. This happens with phobias or addictions.
The BrainBox can help with understanding these programmes, that often cause severe difficulties both physically and mentally. Take smoking for example. Most addicted smokers know the risks but find it very hard to give up. Imagine the brain being so strongly programmed into thinking it needs nicotine for its survival. Your intentions to give up are great but once the nicotine levels in your body start to drop your brains alarm systems go off, you disconnect from your thinking part of the brain and reach out for the fag packet. Once your nicotine levels have risen you thinking brain reconnects and you are left wondering where your resolve to give up disappeared to.
The same thing can be said for sugar or alcohol cravings.

As soon as Colin wakes up I think I will explore how to put all this into a YouTube video. Remembering the starfish story, if I can make a difference to one person than that’s a worthwhile thing to do.

Have a good day 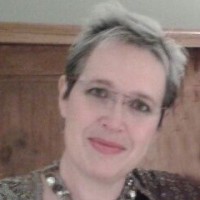 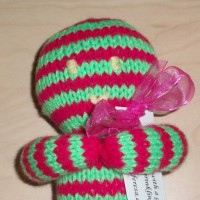 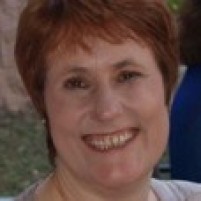 In memory of an inspiring young doctor who mused about life & death through her terminal cancer illness. Her husband (Chris) now keeps the page updated.

Who is this coming up from the desert?

Welcome to the Parallel Universe

My life with Myeloma... And learning that life isn't about waiting for the storm to pass, it's about dancing in the rain.

The latest news on WordPress.com and the WordPress community.